Lahore Press club is as old as the creation of Pakistan itself. Urdu and English press of Lahore were very vocal mouth organs of Pakistan movement. Renowned Hindu and Muslim Journalists were reporting the shadows of Partition lingering upon the horizons of Sub continent.

After a decade, in 1958, Lahore Press Club was shifted to the then Metro Hotel which is now Wapda house at Mall Road. Veteran Journalist Akhtar bin Shahid Jafri aka A.B.S. Jaffery who was the then correspondent of French News Agency “AFP” in Pakistan, was the secretary general of Lahore Press club that time. Pakistan’s 1st Nigar Awards was also conducted in this 2 room building; Madam Noor Jahan participated in the Award ceremony.

Press Club was later moved in a building at Waris road. After a few months, Lahore Press Club was moved to Diyal Singh Mansion which is now headquarters of PUJ (Punjab Union of Journalists). 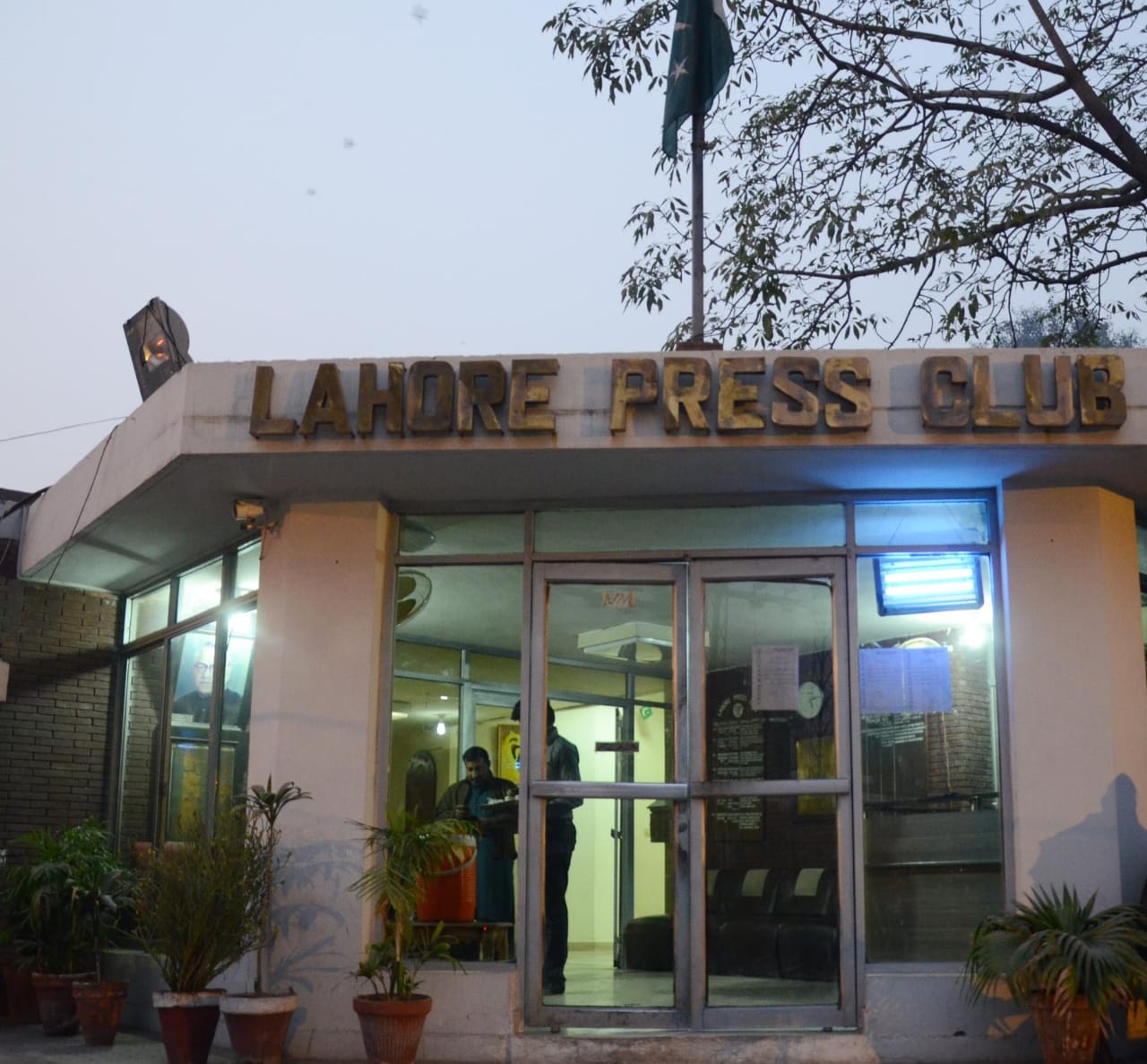 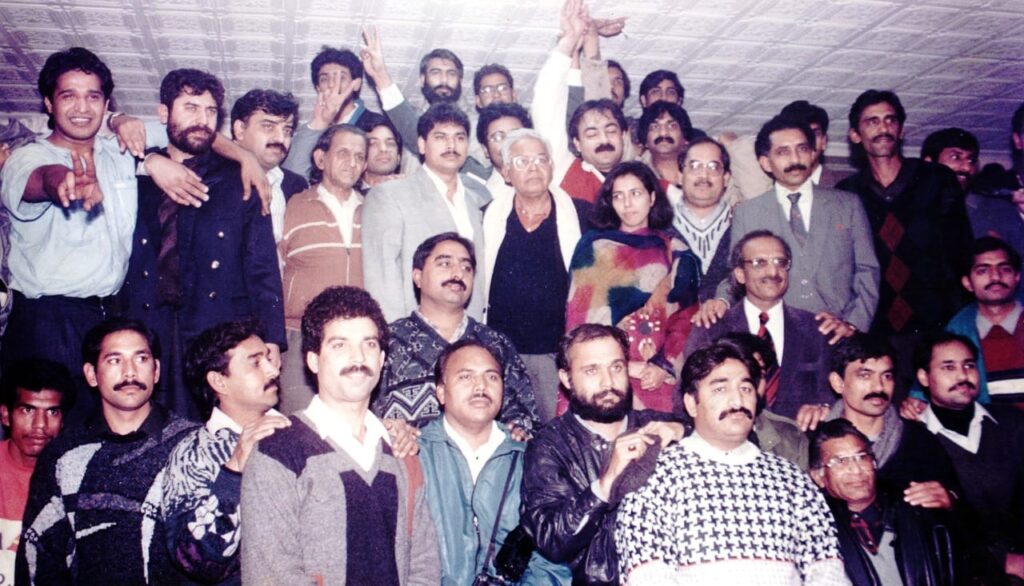 During Z.A.Bhutto’s Government, Press club was allotted a 2 kanal Piece of Land at Abott road adjacent to DGPR in Lahore. Federal government issued rupees 1 million for Press Club’s building construction. Other provinces contributed Rs. 5 lacs each. The plan of constructing Lahore Press Club’s official building did not work and the project got delayed.

Later in 1990, Shimla Hill was allotted as the official premises of Lahore Press Club. Veteran journalist Raja Aurangzeb played a major role in convincing Punjab’s former chief minister late Ghulam Haider Wyne. The then CM Punjab not only allotted land but also gave expanses for the construction of Lahore Press Club at Shimla Pahari.  Since 1992, Lahore press club is operating at the same venue.

Lahore Press club seeks to maintain an association of journalists working in the Lahore and countrywide, to encourage the highest standards of professional integrity and skill in the reporting of news, to help educate a new generation of journalists, to contribute to the freedom and independence of journalists and the press throughout Pakistan, and to work toward better communication and understanding among people. The organization has approximately 2778 Council members from various media organizations and 320 Life members.

Being a welfare representative of the journalist community, Lahore press club works for welfare, recreation and capacity building of the journalist members. LPS has also established a housing colony for member journalists with the help of Punjab Government. 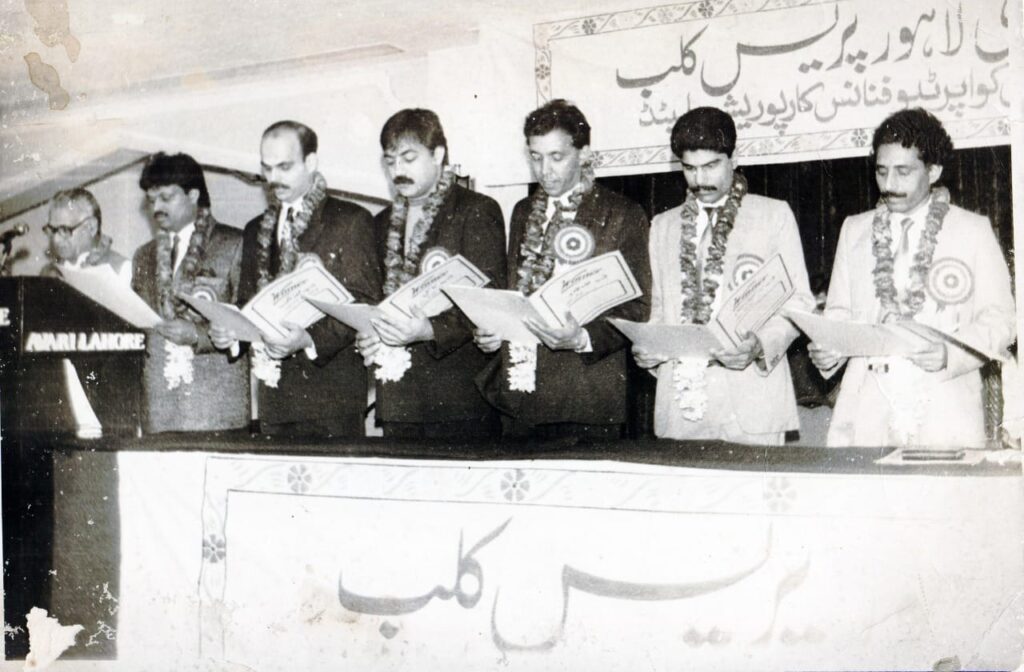 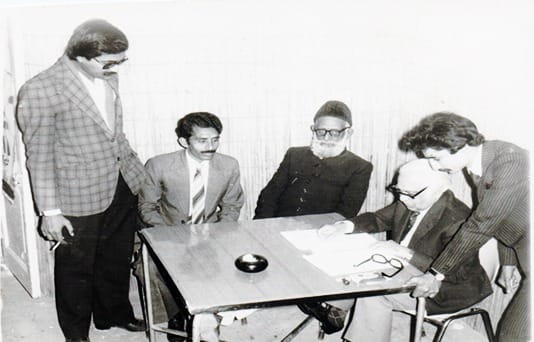 All the members are covered under a group insurance scheme by Press Club. Under the insurance plan, Rs1 million will be paid in natural death, whereas Rs2 million for accidental death and Rs1 million for permanent disability. However, a fixed amount will be paid for one year in case of temporary disability. The press club will pay Rs5 million overall to the insurance company for its members up to 60 years of age.

Lahore Press club has several projects for welfare of the members like endowment fund and marriage grant. LPC also provides best medical facilities to members & families and running a dispensary in the premises. Free medical camps for the members and their families are setup time to time.

Lahore Press Club library is one of the best libraries in the city, comprising a multitude of books on various subjects of interests for the journalists. It aims at promoting reading habits among members and to provide community with information they need. The Library has also subscribed to national and international periodicals/magazines as well as national and international newspapers.

A cafeteria is operational within the premises of Lahore press club where fresh, hygienic and healthy food is available to the community members. Lahore Press Club Cafeteria provides clean atmosphere and serve traditional foods at subsidized reasonable prices. Quality of food, prices and overall cleanliness of the area is monitored by a Food Committee comprising of governing body members of Lahore Press club.

A society cannot maintain its core values of freedom, if the journalist community is not informed, opinionated, open and free. For this Lahore Press club conducts different capacity building sessions for member journalists. Workshops are arranged to improve journalists’ skills. Seminars are conducted frequently to equip members with the contemporary competencies and practices. International level trainings are managed as a supplement to the members’ working and capacity building resource.

Lahore press club has always stood with the voiceless. Lahore press club is the most convenient and powerful platform for the community when the hard times are faced by the journalists and media organization. The Lahore Press Club considers the right to freedom of expression as enshrined under Article 19 of the Constitution of Pakistan and the right to access information provided under Article 19A to be fundamental rights.

The Lahore Press Club has raised its voice against the atrocities against journalists and the irresponsible attitude of state institutions against them.

Sign up to receive latest news, updates, promotions, and special offers delivered directly to your inbox.
No, thanks